← more from
Fine Alpinist Records
Get fresh music recommendations delivered to your inbox every Friday.
We've updated our Terms of Use. You can review the changes here. 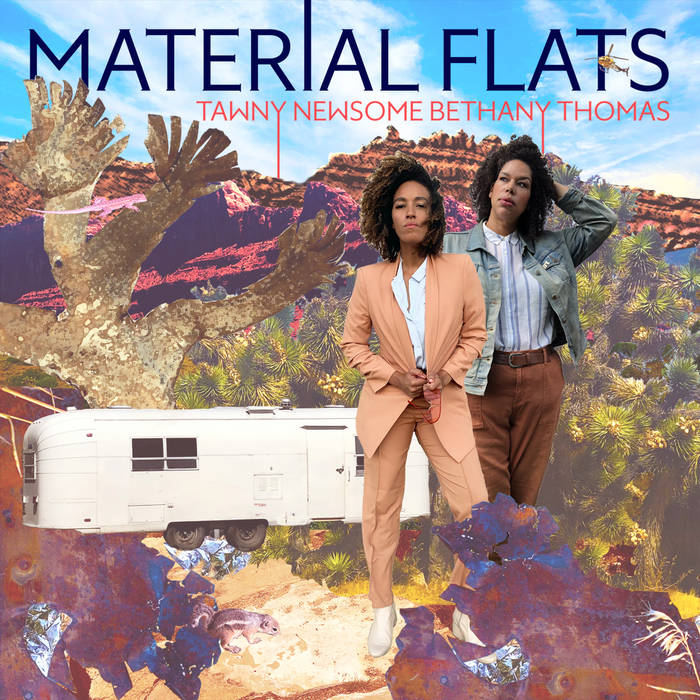 Ballantyne9k The music barely captures the joy of seeing them live. What makes them great is hearing the friendship between them and being reminded that you can create art as well. Favorite track: Dinosaur (Desert Edit).

thereisadinosaurbehindyou This album rules. Come for the spastic Ted Leo cameo, stay for the diverse assortment of brilliantly crafted earworms.
There are parts in this album where the instrumentation and vocals do things that are utterly surprising and unique.

Nick Morandi this album rules. it goes hard and doesn't let up. shades of Talking Heads maybe & other influences but if they were baked in the sun. gorgeous & moving & fun Favorite track: Juneteenth 2020.

pldaniels87 This record is incredible from start to finish. My introduction to Tawny was on podcasts and I knew anything she touches would be gold. This album does not disappoint. You’re Still Up is a damn banger Favorite track: You're Still Up.

steveromenesko An amazing collection of songs that takes you to so many places and so many feelings! Favorite track: Carry Something (feat. Ted Leo).

MATERIAL FLATS is a now-or-never plunge into the unknown with two performers who’ve been everywhere else.

Born out of the pandemic, protests, and a fierce desire to learn to do things for themselves, Material Flats is a chance to lead, together. Blending garage-punk, soulfully sung folk, and influences as diverse as Talking Heads, The Pixies, Bonnie Raitt and Billy Preston, they finally made something entirely their own. They even recorded and engineered it themselves in Tawny’s home studio in the Mojave desert (with pals/musicians Patrick Martin and Nate Urbansky), and co-produced it with Chicago mixmaster Packy Lundholm.

The album’s eight tracks explore themes of isolation, unrest, self-discovery and reliance, and making the best out of one’s surroundings. Bombastic opener “White Balloon” keeps an eye out for the danger that hides in clear sight when you’re up in the middle of nowhere, while the deadass thirsty “You’re Still Up” just keeps an eye out.
Reflective “Time To Rewrite” and relentless “Juneteenth 2020” follow Tawny and Bethany on journeys of self-realization, and “Dinosaur (Desert Edit)” (originally commissioned for Bloodshot Records’ 25th anniversary compilation: Too Late To Pray- now re-imagined with glorious strings by Jean Cook) pushes and pulls with those stuck in the past.
Lush but prickly, “Pincushion” walks us thru the desert flowers before the sun gets too hot, and certified bop “Bubbly” brings us back inside for an ambivalent disco dance break before we’re tucked in by closer “Carry Something” (featuring indie pop punk OG Ted Leo on vocals and lead guitar) which is both the lullaby and the nightmare.

Bethany and Tawny have been singing together for 15 years. It started with a poorly attended musical about sex workers (it wasn't great), and soon turned the two of them into backing-vocalists-for-hire for every cover, tribute and bar band in Chicago. The email from Bethany to Tawny about a new gig would usually read “Do you wanna backup these guys sometime? No pay, but there’s free beer and they're cute.”

Their first shot at not-being-backing-singers came when they, along with Langford, and producer Norbert Putnam went down to Muscle Shoals, Alabama. This time, it was Langford who emailed them, saying, “Let’s be 3 leads on this one. I don’t like the ’20 Feet from Stardom’ thing.” So they made this big, eerie record in the shadow of legends, every day having to insist to some 19 year old intern setting up the mics that no, the two Black women in the band were not singing backup. ’Four Lost Souls’ is a weird record. David Hood played bass. Trump had just been elected 3 days before. They hung out in Fame studios until after midnight, looking up at signed pictures of Aretha, Bobby Gentry, and Wilson Pickett.

Making Material Flats was a longtime dream immediately turned clear and attainable goal once Tawny and Bethany said fuck it and seized the opportunity to set it up for themselves. They wrote the songs, they bought the beer, and they know how to work the mixer. Time to stand in front.

Tawny Newsome lives in LA, where she mainly works as an actor in comedies like Space Force (Netflix), and Star Trek: Lower Decks (CBS All Access). Her original songwriting podcast, The Supergroup (Earwolf/Stitcher) let her bridge the divide between her two loves, comedy and music. In it, she documented the process of writing and producing original tracks with musicians like Open Mike Eagle, Erick Slick (Dr. Dog), Katelyn Tarver, and comedians like Marc Evan Jackson and Sasheer Zamata.

Bandcamp Daily  your guide to the world of Bandcamp